Do we really always need scandals and disasters to do the right thing? https://t.co/60lQdC4W5G

The British government sought to block new EU legislation that would force member states to carry out surprise checks on the emissions of cars, raising fresh questions over ministers’ attitude to air pollution and their conduct in the Volkswagen scandal.

A document obtained by the Observer reveals that the Department for Environment, Food and Rural Affairs has been advising British MEPs to vote against legislation that would oblige countries to carry out “routine and non-routine” inspections on vehicles’ “real-world” emissions.

The revelation will add to the growing concerns over the government’s commitment to tackling air pollution. It follows the admission last week that the Department for Transport had ignored significant evidence of the fraudulent practices being employed by the car industry when this was sent to it a year ago.

About 29,000 deaths in the UK are hastened by inhalation of minute particles of oily, unburnt soot emitted by all petrol engines and an estimated 23,500 by the invisible but toxic gas nitrogen dioxide (NO2) discharged by diesel engines. 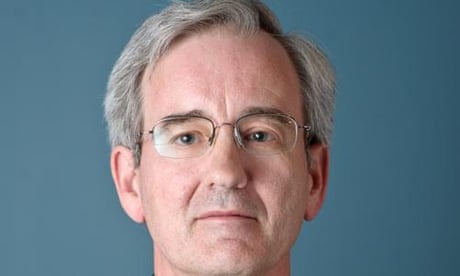 Meet John German: the man who helped expose Volkswagen's emissions scandal
Automative engineer’s research connected the dots to how the automaker manipulated diesel emissions tests – but that was never the intention
Volkswagen has been engulfed in a scandal after it emerged that some of its diesel cars had been fitted with devices that could detect when they were being tested, concealing the real level of pollutants being emitted by them when on the road.

Now it has emerged that Defra has been lobbying against part of a proposed EU directive that would force member states to establish national testing regimes to catch out those who tried to conceal the damage they were doing. The proposed legislation – the national emissions ceiling directive – is designed to “ensure that policies and measures are effective in delivering emission reductions under real operating conditions”, according to the European commission.

A Defra briefing document circulated among European parliamentarians in July, and seen by the Observer, says that, while the British government agrees in principle to the need for tough checks to enforce emission limits of NO2, MEPs should vote against the imposition on member states of “market surveillance and environmental inspections” as the legislation is unclear and legally unnecessary. 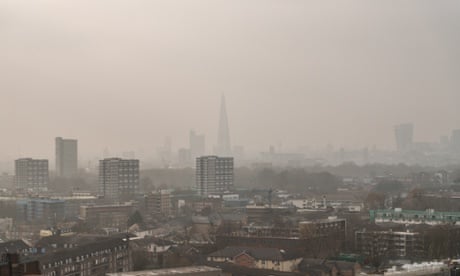 Air pollution may cause more UK deaths than previously thought, say scientists
Current figures of almost 30,000 UK deaths a year from air pollution do not factor in lethal nitrogen dioxide from diesel engines and wood, oil and coal burning, say experts
The British government has been seeking to water down legislation in the directive which seeks to limit the emission of a series of pollutants other than NO2, including methane and ammonia. Officials claim that some of the measures proposed would unnecessarily increase the “administrative burden for industry and government”, according to the briefing paper. The European parliament is due to vote on the proposals at the end of October.

Alan Andrews, a lawyer based in Brussels for ClientEarth, a firm of environmental legal experts, said ministers were not matching their rhetoric with action. He said: “It is politically easy to say you agree in principle with reducing emissions, but without the mechanisms to enforce the law companies will breach it with impunity.

“The government says it supports in principle measures to ensure that the Euro 6 standard [current emissions rules] for diesel delivers real-world emissions cuts. But this clause they oppose is about a broader principle – requiring member states to have proper inspection and systems in place at the national level to ensure that technologies, products and pollution-reduction measures are really delivering reductions in the real world.

“This is important because it applies across the board, not just to diesel cars. We need to know that measures to cut pollution from farms, ships, trains, tractors etc are all doing what they say on the tin.” 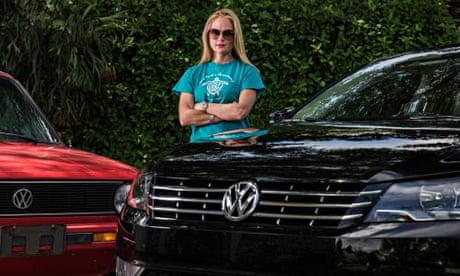 Volkswagen scandal tarnishes hard-won US reputation as green company
The automaker promoted its image as an environmentally conscious choice for American drivers, but after the emissions scandal, those drivers are angry
In April, the supreme court ordered the government to make plans for tackling the UK’s air pollution problem, which has been in breach of EU limits for years and is linked to thousands of premature deaths each year.

London and several other British cities have failed to meet EU standards on NO2 levels since 2010. Yet when proposals were published earlier this month by the environment secretary, Elizabeth Truss, they were widely condemned as weak and ineffective.

The consultation document suggested individual emission limits for four different vehicle types but also passes the responsibility on enforcement to local authorities, which would then be liable to EU fines if limits were breached.

ClientEarth, which forced the supreme court to rule against the government, said it was now considering taking further legal action to push ministers into delivering on their responsibilities.

Meanwhile, air pollution is swiftly becoming a key issue for the London mayoral contest, in which Labour’s Sadiq Khan is expected to be pitched against Zac Goldsmith, the Tory MP for Richmond Park.

Khan told the Observer: “The Tories in government, and Boris Johnson, have stood by as London’s air has become dangerously polluted. We are now facing a health crisis – with air pollution responsible for as many as 10,000 deaths a year in the capital.

Speaking at her party’s autumn conference in Bournemouth on Saturday, Green party MP Caroline Lucas described air pollution in the UK as a public health crisis. “If you look at the cost [of air pollution] to the NHS, it’s been estimated to be between £10bn and £15bn every single year,” she said.

“Just because air pollution is invisible, it’s almost as if successive governments have felt they can just afford to ignore it. They haven’t taken it seriously enough, but this is an absolute public health crisis. It’s nothing less than that. We need this government now to treat it as such.”

Lucas said the government needed be taking the lead in the EU on vehicle emissions regulations and should be investing in public transport which, in many towns and cities across the country, was “a creaking relic from decades ago”.

“[This government is] ideologically undisposed to regulation,” said Lucas. “They assume that markets are going to be able to sort this out. Well, they absolutely can’t, and while they dither kids die. They need to sit up and take notice.”

Seven million premature deaths are caused by air pollution each year, according to the World Health Organisation. This includes indoor and outdoor pollution such as smoke from cooking stoves in developing countries.

About 80% of deaths related to outdoor pollution are linked to heart disease and strokes, 14% to lung or respiratory diseases, and 6% to cancer, says WHO.

29,000 deaths a year in the UK are thought to be caused by air pollution, Public Health England estimates.

1,148 of London’s schools are within 150 metres of pollution hotspots, according to campaign group Clean Air in London.

100m working days are lost across the EU every year through illnesses such as asthma.

In London, the EU limits for nitrogen dioxide will not be met until after 2025.