What Can Utrecht Teach Other Cities About Cycling Now the Tour de France Has Left?

9/07/15
I'm on a summer trip, making a tour of Le Tour following the riders around Antwerp, Namur, and even riding with the peloton in a race car.  It's been a brilliant journey and now I am on my last stage, returning to the scene of the Grand Depart, Utrecht in the Netherlands, to see what this cycling city looks like once the pro riders have passed by. 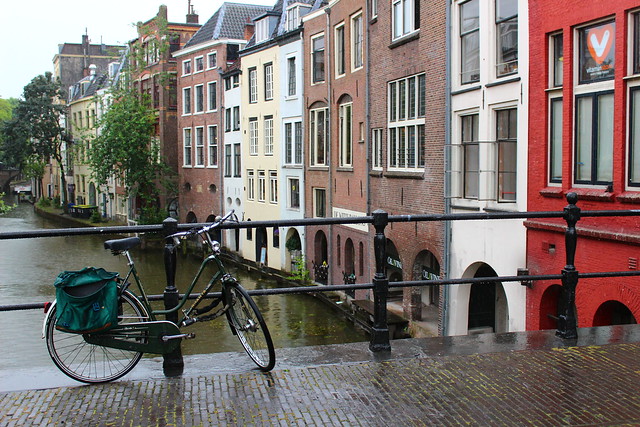 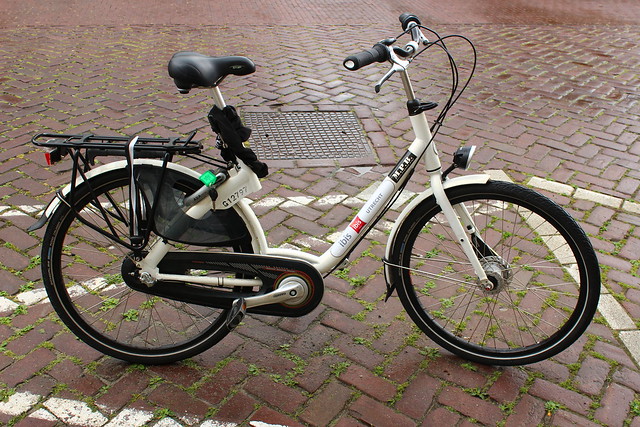 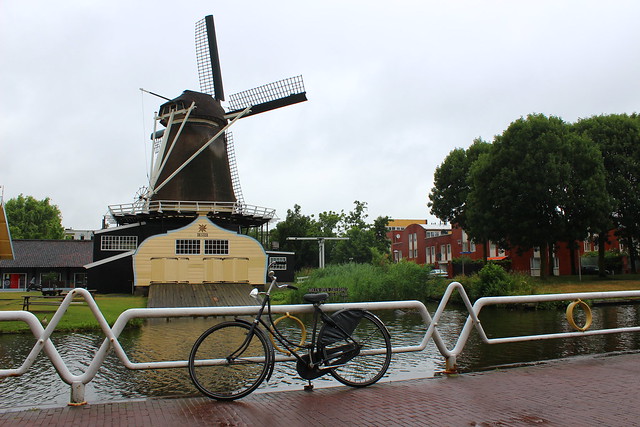 The clouds darkened and rain intensified, but this didn't seem to deter Dutch riders who cycled on regardless.  Rain coats were pulled out of bags, hats were donned and umbrellas were lifted, making it immediately apparent I was in a totally different cycling situation to the UK.  You could ride down the Tottenham Court Road in London at peak time in the rain whilst holding a big umbrella if you wanted to, of course, but I wouldn't recommend it.  Here, things are different. 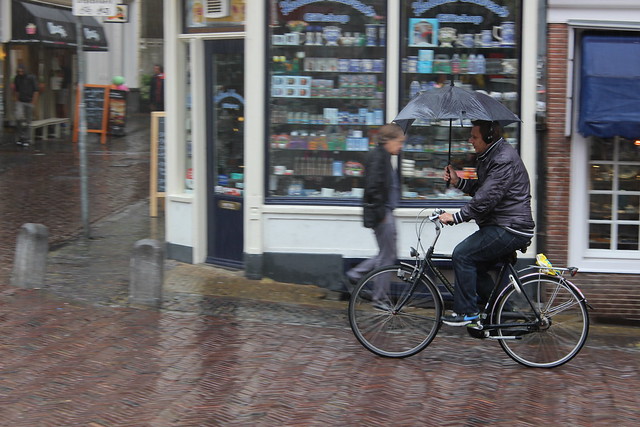 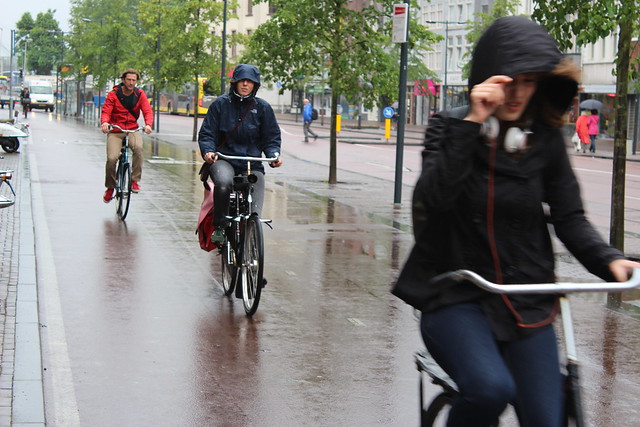 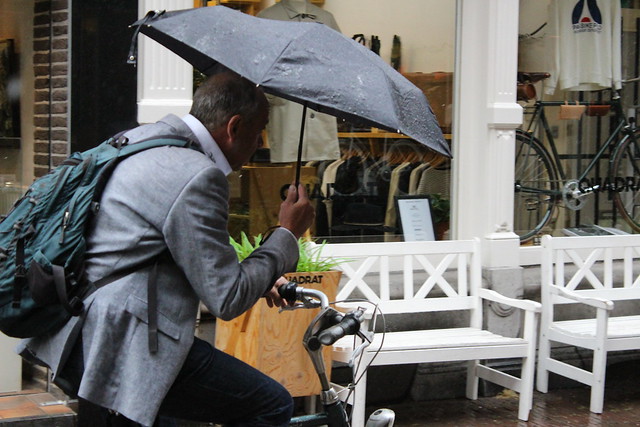 Hints that the Tour de France had recently been this way were everywhere.  Shop windows were decorated with bicycles, flags were hung over every street and a statue of the city's most famous daughter - Miffy the bunny - had been put up in the tourism office. Naturally, she was riding her bicycle.  The facade of the popular cafe Winkel van Sinkel was decked out in yellow jerseys, too. 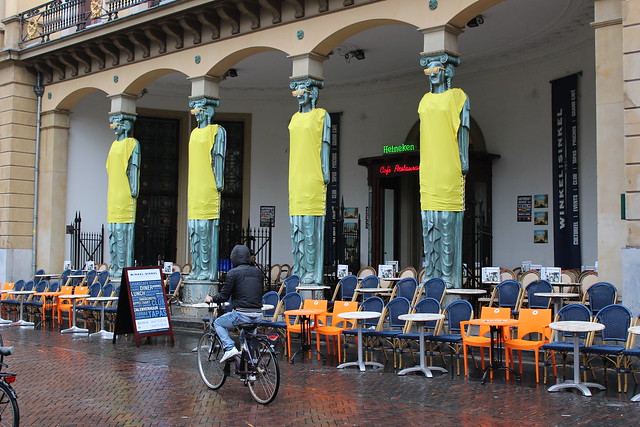 But even though the pro riders had left, there's still a festive cycling feel to Utrecht that stems from the many thousands of people on bikes who cycle here every day.  I saw small children being carried on their parent's bikes, middle-sized children riding alongside on their own, and teenagers enjoying their mobility and being totally independent. 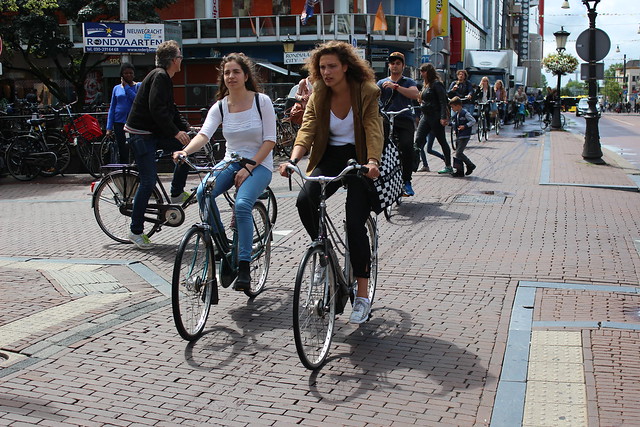 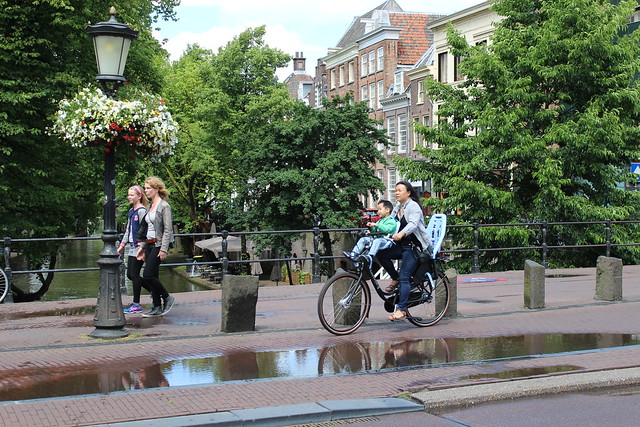 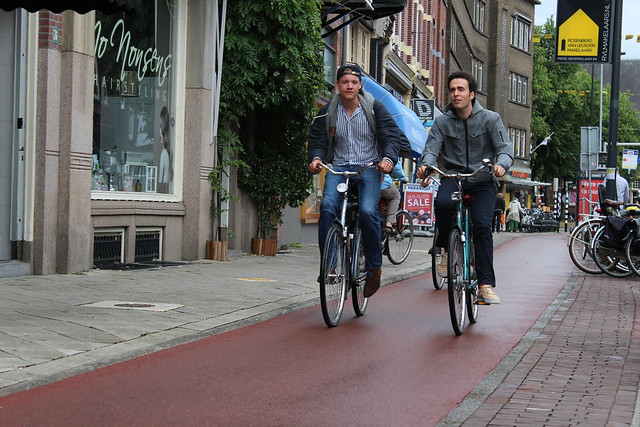 I have no doubt that all that freedom stems directly from the excellent cycling infrastructure which you'll find all over the Netherlands, but what I was particularly impressed by was how the Dutch don't sit on their hands, but are always seeking to improve things.
I went for coffee with Mark Wagenbuur from the brilliant Bicycle Dutch blog. He took me out to a junction on the edge of the city, smiling proudly all the way, that we had last visited together in 2012.  Back then, he had described it to me as 'the most dangerous junction in Utrecht' and I was inclined to agree. Cyclists were forced to merge with a lane of fast-moving traffic turning right, and to ride together alongside a metal fence for about 100metres.
Just three years later and the situation has entirely changed. Engineers have 'found' the space to continue the cycle track safely through the junction, and the right turning traffic simply waits in a lane of the rest of the road. Of course, it's not a question of 'finding' space at all but simply a choice of what to do with the space that you have and who to allocate it to. 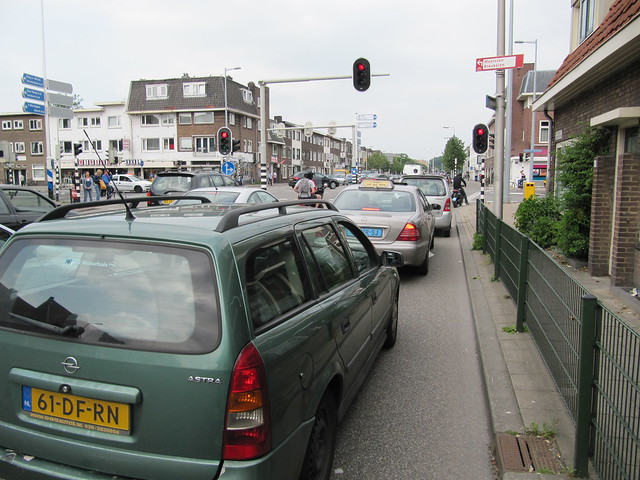 The same junction, above in 2012, as it appears today, below in 2015. Notice how space has been 'found' for the new and safer cycle track without taking the pedestrian's pavement away. 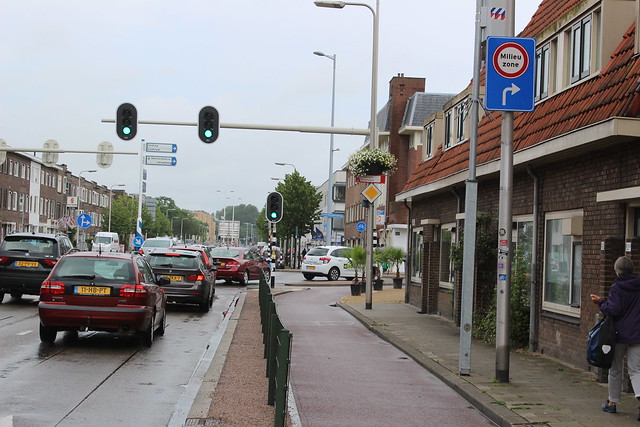 I had been impressed by the new junction, but it was nothing compared to the building project which is nearing completion in the city centre.  When I first visited Utrecht the space in this photo was part of a multi-lane city ring road built in the 1970s.  All it did was create traffic congestion and bring more cars in to the city centre, where there was no room for them.  So the city planners decided to push the ring road further out of the city - to loosen the city's belt, if you like - to create more space for people. 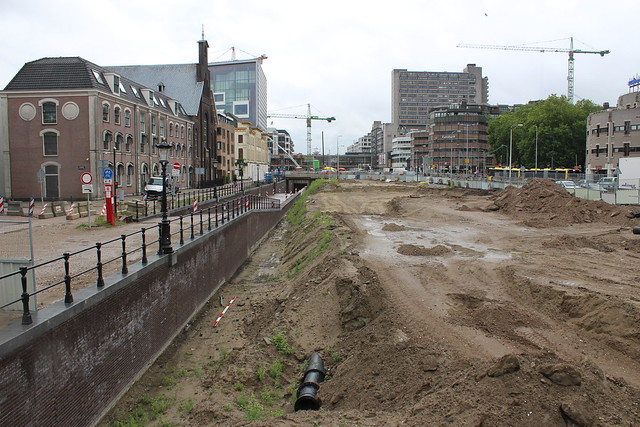 The move has allowed for the total redevelopment of the train station, created space for a new shopping area and offices and very soon the dirt that you see in the photo will be removed and replaced with water, re-connecting two sections of the city's ancient canals. 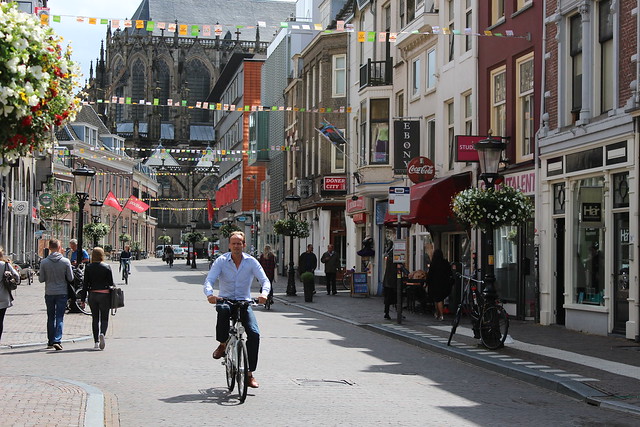 At the new station the city's cycle racks are being refreshed and new bicycle parking areas are being built.  On Korte Jansstraat in the old town, a road which used to be clogged with two lanes of car parking has been re-surfaced in red bricks and the parking spaces moved away.  Rather than harming the businesses there, the streets were busy with shoppers and restaurants had laid out new tables and chairs. 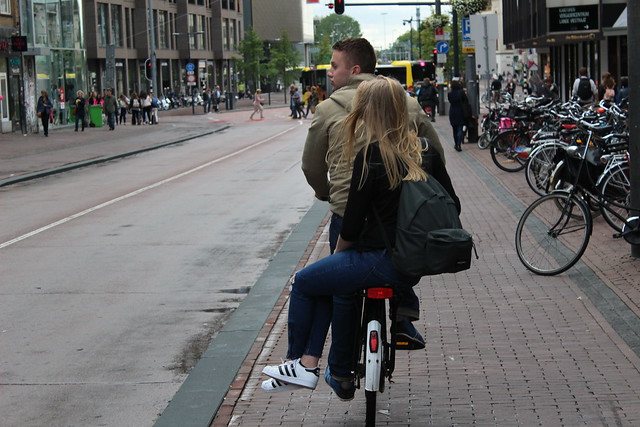 This is my third trip to Utrecht and each visit has left me with the same impression; that this is a city rapidly growing, improving itself, identifying the planning mistakes of the past and quietly getting on with rectifying them.  It's lively and packed with young people and University students.
Better still, it is easily connected to the rest of the Netherlands and Schipol airport by the fantastic national rail network.  Utrecht proved with the Tour de France that they know how to throw a good bike party, but if the world's cycling cities were in a race Utrecht would in the break away every day.  Why not make a visit to see for yourself?
I've partnered with Ibis Hotels for this trip and all of the staff have been so friendly and helpful. Utrecht was the same; "Of course you can ride today", said the cheery receptionist "It takes more than a bit of rain to stop the Netherlands from rolling!" I looked out the window at the rain blowing in sideways and decided to fortify myself with the fantastic breakfast before I set off, grabbing the keys to a bicycle rented directly from the hotel.  The Ibis in Utrecht is just a five minute ride in to the city centre along a pretty canal lined by windmills and old town houses - not a bad start to my day, despite the weather.
SustainableCitiesCollective 09-06-2015
http://www.sustainablecitiescollective.com/i-b-i-k-e-l-o-n-d-o-n/1087673/now-tour-de-france-has-left-what-else-can-utrecht-teach-us-about-cycli